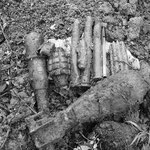 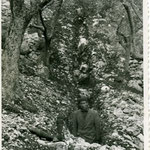 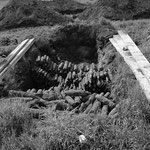 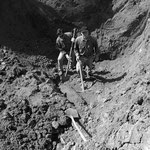 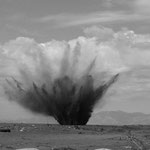 Sometimes the discomfort starts, especially in those days when it's hot but the sky is overcast. Without reason and without waiting, however, it can happen to meet someone who is able to remove the hood to immobility and with a disarming simplicity and humanity rips way the clouds of thoughts. Soft hat on his head (due to a serious accident at work), quiet but determined voice, very deep blacks eyes of those who put more than a thousand questions a day: Giovanni Lafirenze back recently by the Senat of Italian Republic, where he talked about a book, "Schegge Assassine (Splinters Killer)".

A quiet man who has fire within himself, as the ideas that ignite, as the post-war ordnance which locates in the ground, at sea, everywhere. It moves all over Italy and in collaboration with the ANVCG (National Association of Civilian Victims of War) is promoting the widespread dissemination of the serious consequences of the discovery of the bombs by civilians. A book that speaks of wars that do not end with the war: a war buried which also must be fought, because of explosive remnants of war our country is full of them.

From north to south the discovery is always randomly, more often than we think, often resulting in the work of excavation of land, but it's not the rare occurrence in the gaps between houses or in attics. Many of unexploded ordnance dating back to the First World War and are still dangerously active due to the deterioration of the external metallic part. The most natural thing, when found, is to pick them up but this is incorrect as there is, because only someone who is trained has the ability, as a civilian or military with specific skills for the remediation of the same. A job, which facilitates their removal both in the civil life and during missions abroad.

"I stop and I destroy " is the motto of the 3rd Engineers Regiment, a unit of the Italian Army based in Udine but, how skillfully explains Giovanni Lafirenze, let do that to those who have the capacity combined with the experience.

© Barbara & Pitian per Because The Style 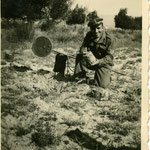 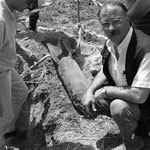 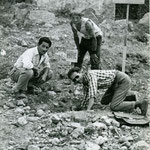 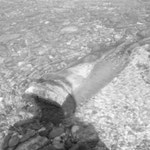 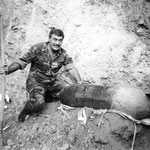 For informations and reviews

LIFE : the why of everyday life

DOMUS : the why some objects and places are home

STYLE : the why on fashions passes and style remains